At Arlington Paving Pros, we have an established team of professional commercial and residential paving experts. Regardless of the size of your project, our certified professionals are capable of effectively assisting with your service needs.

What sets us apart? We only provide paving. We won’t clean your gutters! We aren’t equipped to build decking or lay down cobblestones in your back yard. All we do is concrete and asphalt paving, we have years of experience and as a result we do it really well.

Our paving business has grown from a two-man show to a team of expert pavers in less than five years.

We hold all the required professional licenses, we’re insured and we’re in good standing with the Better Business Bureau. Basically all the stuff you need to be sure you’re working with a trustworthy team, we can provide. 🙂

If it’s made of concrete or asphalt, we’re comfortable building it for you. We are accomplished at small and large concrete and new asphalt new construction, parking lot paving, parking lot striping, as well as repairs. So, if it's patching, resurfacing, crack filling, chip seal, sealcoating or pothole repair, we can help bring your paving back to a pristine condition. Here’s a quick overview of our services. 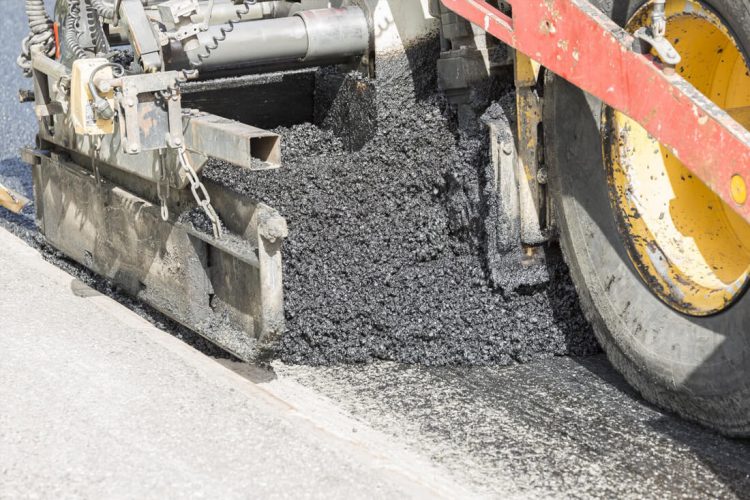 At Arlington Paving Pros we use a hot-mix asphalt to achieve the perfect combination of durability and a sleek, inviting finish.

We don’t cut corners. Our asphalt services are precise, from our chemistry, to our pour to the carefully crafted finish we deliver. Our construction standards are tailored to our tough weather conditions. Provided you maintain it right, our asphalt surface will serve you well for years.

Our asphalt paving contractors will take care of the job from beginning to end, which means that no other service is needed to come in and complete the work. The job will be done right from the start. 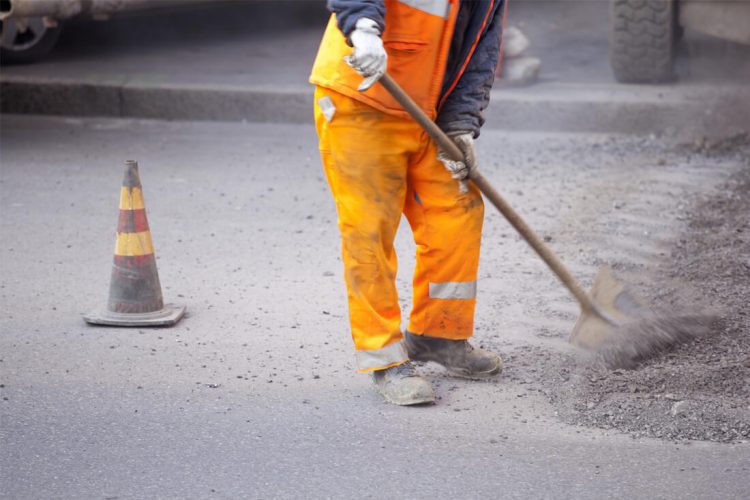 Over the years, your asphalt will begin to show some signs of wear and tear, which means it will need maintenance.

If your asphalt or concrete paving needs repairs make sure you rely on the professional repair services offered at Arlington Paving Pros. Our experts also have the skills and qualifications needed to assist with your concrete and asphalt repair needs.

If you need concrete stairs, a walkway, parking lot or driveway, you can rely on the professional and high quality services of Arlington Paving Pros.

Arlington Paving Pros can install a pristine concrete paved surface with a beautiful range of finishes which incorporate staining, texturing and stamping techniques. 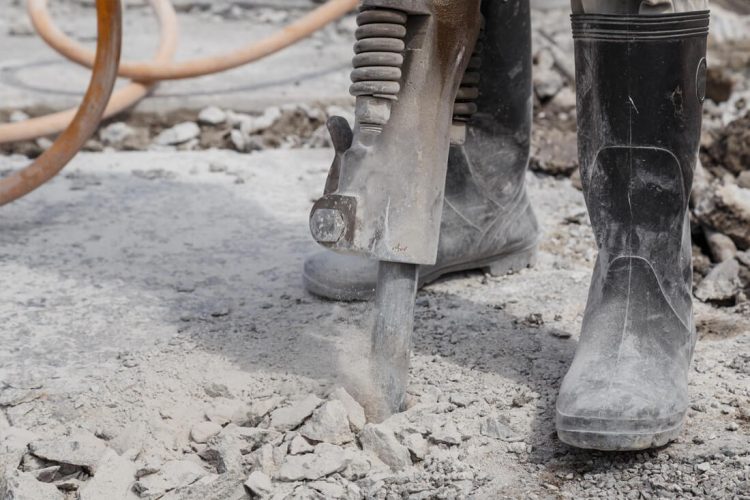 Arlington Paving Pros has been paving and repairing asphalt and concrete installations for DFW commercial properties since we first opened our doors for business. We provide quality work and are equipped to take on jobs of almost any size, and can deliver a fast and efficient turnaround on asphalt parking lots, asphalt sealcoating, concrete commercial flooring and any other commercial paving project. 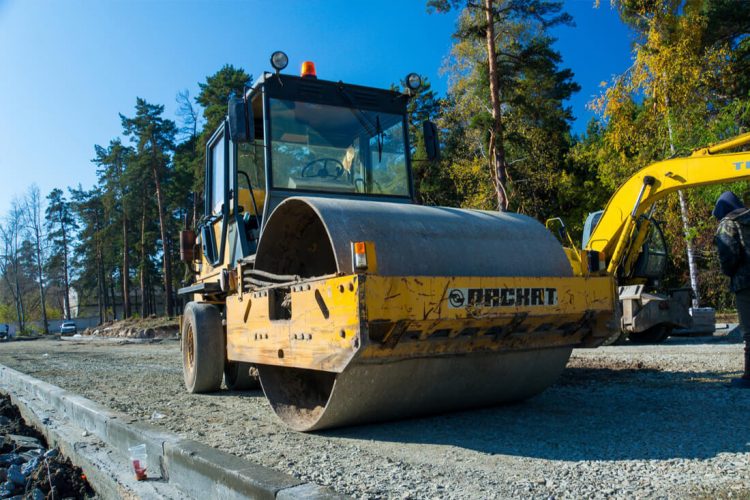 For your new driveway, we offer both asphalt and concrete paving. Our paving contractors offer superior craftsmanship because they take their time to make sure that the job is done right from the beginning. The materials that they use for your concrete or asphalt driveway paving are durable and can withstand traffic and the elements for years, with minimal maintenance. 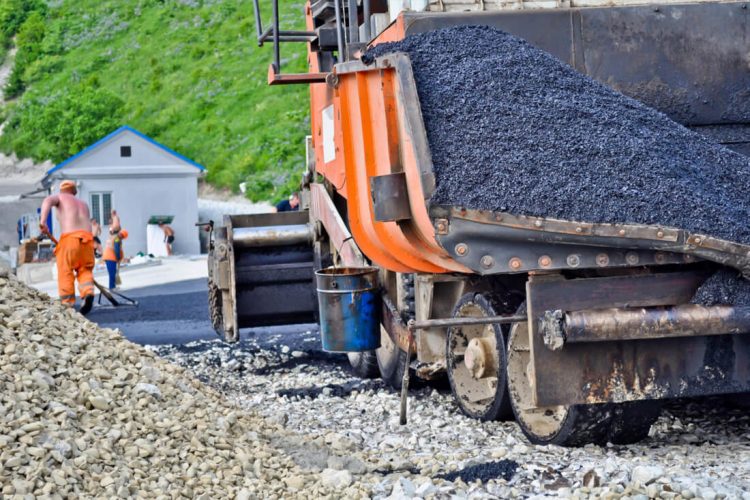 Arlington Paving Pros are a licensed, bonded and insured local paving company. All of our paving services have a fantastic reputation in the Dallas and Fort Worth areas and you won’t be disappointed by the results we can deliver. Get a free quote or call today for a paving solution you’ll love and which won’t break your budget.

GET A FREE ESTIMATE

Dinosaur-eating Crocodiles, and a Man Called the “Caretaker”: 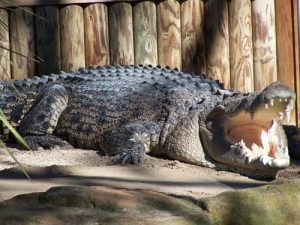 Arlington has some unusual claims to fame. But one of the most memorable is an odd parcel of land tucked away in an otherwise nondescript corner of the Virdian neighborhood. It’s now known as the Arlington Archosaur Site, but back in 2003, it was just another tract of undeveloped land; a haven of seclusion for ne’er do wells; a forgotten place where urban and suburban life didn’t quite collide.

What is this odd corner of Arlington? How was it found? And why is it so important? All good questions! And to answer them, we need to begin at the beginning with Art Sahlstein, a man they now call The 99-cent Sneaker Man — or The Caretaker — depending who you ask.

It all begins on a crisp Winter morning in 2002, when Art Sahlstein was wandering alone in a secluded valley beside his house. These forays were nothing new for Art. A religious kind of guy with a touch of the maverick about him, it was his habit to wander deserted places alone, following his feet as he pondered divinity and waited for the sun to rise. He was a man waiting for inspiration.

And one cold morning, he found it.

A ray of early morning sun happened to hit a rocky outcrop, and Art stopped in his tracks. Something about this patch of land was very different. It gleamed in the early morning sun with thousands of points of cold, white light. Art didn’t know it at the time, but he’d found a place that was geologically unique; a patch of earth that would fascinate the scientific community for years to come.

The land he’d stumbled on was an otherwise nondescript hillside. Concealed by foliage and larger rock formations it was the kind of place you’d walk past without a glance. But in the right light, at the exact time of day when the sun hit it at the perfect angle, you could see it was packed with gypsum crystals, razor sharp and scintillating in the sunlight. He stooped down and ran his fingers through the earth of that hillside, his fingers closing around what felt like an unusually shaped pebble. He held the gleaming object up to the light. His eyes widened as he recognized it for what it was: a mineralized vertebra.

He’d discovered a fossil treasure trove — one of the most abundant known to science. 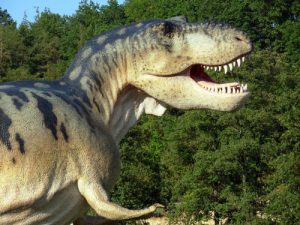 You see, 95 million years ago, Arlington was a very different place. Plant-eating dinosaurs roamed present day Arlington, feasting on the rich tropical plant life there. A menagerie of salamanders and frogs lived a precarious existence eluding a terrifying line up of predatory dinosaurs. And undisputed at the top of the food chain, an abundance of enormous crocodiles crawled the swampy land, hunting dinosaurs down for sustenance.

The Arlington Archosaur Site provides a singular, unique and priceless window into what life was like in Dallas-Fort Worth during the Cretaceous Period. It’s a world class site for research and paleontological discovery, but a little over a decade ago, it was still just a forgotten 2,000 acres of Arlington soil.

But Art Sahlstein knew differently. Art felt that he had been chosen to protect this holy land. Art had found his calling as The Caretaker. For the next few years, before the land gained the recognition it deserved, Art was the land’s sole protector and champion, and he took the role very seriously.

One of the great oddities of this particular hill is that it isn’t out in the middle of nowhere. In fact, the Arlington Archosaur site is remarkably accessible, tucked away between the suburbs and Arlington urban center. This, it turned out, was a blessing and a curse.

On the one hand, it didn’t take weeks to get there. It could be accessed easily by researchers and potential backers alike. On the other hand, people on the run, folks with nowhere else to be, addicts, they all drifted across this space, oblivious to its significance and the irreplaceable story it told of Arlington’s paleontological heritage.

These days, he laughs when he talks about it, but there was more than one dark night when he had the unenviable job of educating others about the importance of preserving a precious piece of our fossil record. Even if that occasionally called for dodging a fist or a bullet.

He saw it as a matter of pride, of duty, destiny even, to keep an eye over the fossils while the scientific community slowly wound into action. And he performed this role faithfully for five years. 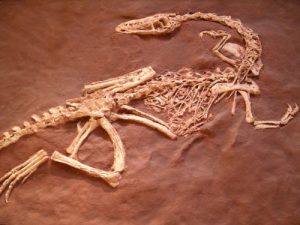 In 2008, the Arlington Archosaur Site was purchased by a wealthy benefactor, and an army of excavators began delving into the soil for new revelations about Arlington’s ancient past. And they continue right through to the present day. For eight months of every year, the dig site is in a constant process of careful excavation, with new information uncovered on a near daily basis.

Art Sahlstein remains the site’s protector, on constant watch for the “infidel,” (as he poetically calls them.) He remains a man on a mission, firm in his conviction he was appointed by the universe to be caretaker of this scientific holy land, a protector from those who neither care about nor understand the significance of the land they tread.

He’s an amazing person who found a singular place. Arlington’s a more interesting place because of him.